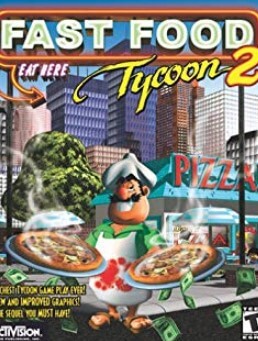 Fast Food Tycoon 2, also known as Pizza Connection  in Europe, is a business simulation game on the PC in which the player starts out as the owner of a small pizza parlor and must gain popularity and eventually own the pizza empire. A sequel of Fast Food Tycoon, Fast Food Tycoon 2 incorporates a variety of variables of which the player must overcome to reach unique goals in 10 different international cities, ranging from New York City to Moscow to Tokyo. A sequel Pizza Connection 3 is slated for 2018 release.