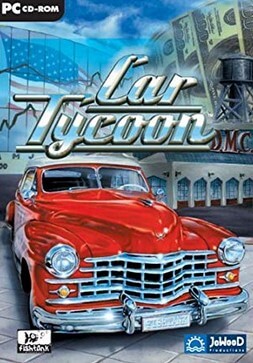 Car Tycoon is a business simulation game that was released on January 5, 2003 by JoWooD Productions under the Fishtank Interactive brand name. It was the first major game by the developer, German studio Vectorcom Development, and sees the player managing a company that develops and manufactures cars.

The game has been plagued by bugs from the start. Initially, the player could not save games. Eventually a patch was released that fixed this and a few other bugs, but the game still isn't entirely bug-free. Numerous bugs were never addressed, such as one related to the "big customers". In the game, the player is able to make offers to various local businesses requiring vehicles. The premise is to give the player another way to sell his or her cars. Unfortunately, this never works, as the offers are never accepted.