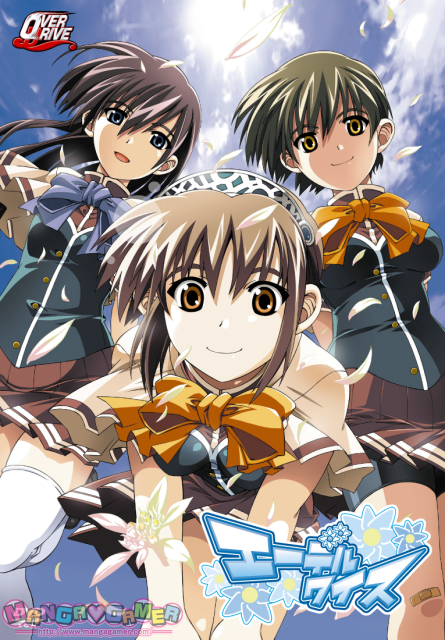 Edelweiss (エーデルワイス Ederuwaisu) is a Japanese adult visual novel developed by Overdrive and released for the Microsoft Windows PC on July 10, 2008. An official English translation by MangaGamer was released and only available via downloading on MangaGamer's website. A fan disc, Edelweiss Eiden Fantasia, was released on March 20, 2010 featuring some of the first game's more popular background characters.

Kazushi, Appo, Pierre and Daigo are four average high school students. They are bored of their life and want to find a girl that can be their girlfriend, but no girls accept them. One day they hear about an exchange program to an all-girls school on a deserted island and they have no doubts on going there. Once they arrive, they discover the school's secret: it teaches the secrets of alchemy and how to handle them. Later, they meet the girls and have to help them, as each one has a problem that can't be solved by them.