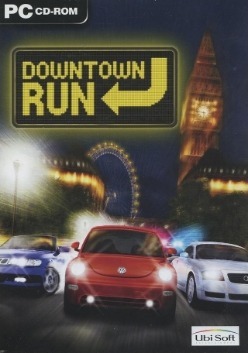 Downtown Run, known in North America as City Racer, is a 2003 racing game made by Ubisoft Romania and released for PlayStation 2, Windows, GameCube, and mobile phones. The game features many different cars, game modes and tracks. In most game modes, you can collect power-ups to maximise your chance of winning or slow down opponents.