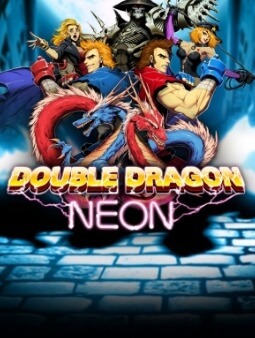 As with previous installments of the series, the player takes control of martial artists Billy Lee (Player 1) and Jimmy Lee (Player 2) in their fight to rescue Marian from the Shadow Warriors gang, this time led by the super-lich Skullmageddon. The journey starts on the city streets and progresses through an outer-space dojo, Asian countryside, a genetics lab, and a graveyard before concluding at Skullmageddon's palace.

In addition to the standard punch, kick, and jump buttons and a designated run button, the player now has an evade button for dodging attacks. If the player times their evasion right so as to perfectly dodge an enemy attack, they will "Gleam" by briefly glowing red, during which time their attacks will be more powerful. The player can collect life-replenishing sodas, money to buy items from shops, and special mixtapes that can be equipped from a pause menu. Two different tapes can be equipped at once: one to grant the brothers a powerful attack that consumes a separate energy meter, and one to alter their statistics and grant special effects (such as making it easier to stun enemies or healing HP with every connecting blow). By collecting multiple copies of a tape, its effect gradually increases until it reaches a maximum capacity. Each tape's maximum capacity can be increased further by visiting a "Tapesmith" and paying him Mythril, which is obtained from defeated bosses.

In a two-player game, both Billy and Jimmy can utilize a special "high-five" technique to split and share their life meters to an equal amount, "psych" the other one out to harm them or make them fall over, or to instantly trigger a Gleam effect. If one player is defeated in battle, the other player has a limited time to revive him before a life is deducted (unless both players are defeated together). When one player is completely out of lives, he can steal one from the other player if he has at least two left.

Double Dragon Neon was released in North America on September 11, 2012, in Europe on September 20, 2012 and in Japan on December 12, 2013 on PlayStation 3 via the PlayStation Network, and worldwide on September 12 on Xbox 360 via Xbox Live Arcade, to coincide with the 25th anniversary of the series. The game's dialogue and graphical style is heavily 80s-inspired, and features a soundtrack composed by Jake Kaufman, inspired by the original Double Dragon as well as 80's pop music and arcade game soundtracks. This is also the first commercially released Double Dragon game to use 3D graphics rendered with polygon-based models. The game has been released for Microsoft Windows on February 6, 2014. Ported by Abstraction Games, the port features online multiplayer.

Double Dragon Neon received mixed to positive reviews. Electronic Gaming Monthly rated the game a 90/100, commenting "if you grew up with the genre or the franchise, then this’ll hit every sweet spot in your gaming core. If you’re not as familiar with the ’80s, lack a sense of humor, and have difficulty appreciating classic gameplay, then Double Dragon: Neon may give you some trouble." GameSpot rated it a 7/10 and praises the game for its humor and rewarding combat system, saying "By shifting the tone from serious to crazy and making the combat system rewarding for the most dedicated players, this is a beat-'em-up that fits alongside modern games." Cheat Code Central rated the game a 3.6/5, praising the game for its mixture of modern and retro feel, declaring "The controls are not refined, but it's nostalgic, engaging, and worth the ten-dollar asking price."