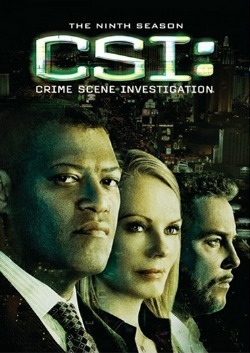 This game, like CSI: Miami and CSI: 3 Dimensions of Murder follows a distinct pattern of five cases, with the fifth case tying together the previous four. The Xbox version of the game however, also contains the cases from its successor: CSI: Dark Motives.

CSI was a commercial success, with global sales above 500,000 units by early 2004. It received mixed reviews from critics.

The plot and gameplay of CSI is split into 5 distinct cases, each working alongside a member of the CSI team.

A showgirl is found tied, gagged, and strangled to death in a hotel room. Suspects in this case are the owners of a record of priors involving women, and a man who she not only had sex with, but passed along a STD. Players work with Gil Grissom.

Investigate an arson at the home of an aviation designer. Only suspects in this case are the man's rival, and a local drug dealer. Players work with Sara Sidle.

Players and Nick Stokes investigate the cop killing of an officer and the case is a match to an old cold case.

Case 4: "More Fun than a Barrel of Corpses"

A strange call to the lab leads to the discovery of a female body. The woman is the daughter of a casino owner. The only suspects was a doctor, who had an affair with the dead woman and a pharmacist, who is also a suspect, and the doctor's wife. Players work with Warrick Brown.

Grissom disappears after having been called out to a previous crime scene - from the previous case. And the last murderer you arrested in the previous case is beginning to sing her victory. Players work with Catherine Willows for discovering the link between the suspect, Grissom and another victim's death.