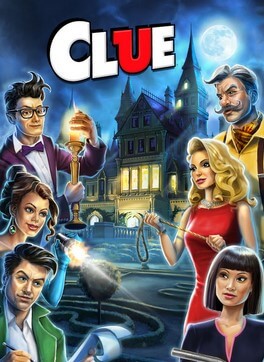 Clue Classic is a video game based on Hasbro's Cluedo franchise. It was developed by Games Cafe and published by Reflexive Entertainment on June 3, 2008. The single-player interactive game was inspired by the artwork in the 2002/2003 Classic Detective Game version, featuring the original six characters, weapons and nine original rooms. Producer was Rob Adams, designer was Rob Adams, programmer was Chad Sterling, lead Artist was Erin Miller, and Music & Sound was by Staffan Melin and David Chan.

BoardGameBeast rated the game 4 out of 5 stars, describing it as a truly perfect rendition of the classic English board game with great graphics and creepy atmosphere". It criticised the lack of multiplayer option, and the fact that Hasbro stopped download editions. Gamezebo rated the game 4 stars out of 5, saying the good included "Animations and sound effects; Faithfully reproduces tabletop edition's mechanics; Charm and personality; Eliminates much of the real game's hands-on busywork", and the bad included "No head-to-head multiplayer; Can get repetitive; Need to sit through canned animations". Mobygames gave the Windows version a MobyScore of 3.7.