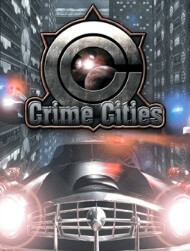 
Crime Cities is a video game for Microsoft Windows compatible PCs. Developed and published by Techland and EON Digital Entertainment in 2000-200 (and later by Big City Games and Gathering of Developers), Crime Cities is primarily an action game that also incorporates some (limited) elements of auto racing.