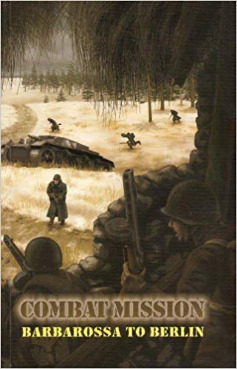 Barbarossa to Berlin is both a complement to the earlier Combat Mission: Beyond Overlord, in that it presented a different theatre of war, as well as a sequel, by way of improving game features and adding new ones. The playable nations are: Nazi Germany, Soviet Union, Romania (pre- and post- defection), Hungary, Finland, Poland (under Soviet command) and Italy.

In order to conform to German law, depictions of the swastika were removed. Additionally, all Waffen SS units were renamed "Waffen Grenadier".

A playable public demo is offered by Battlefront.com. The demo did not include access to the mission editor, but did permit solo, hotseat, email or TCP/IP play of two pre-made scenarios.

A Special Edition, known as Combat Mission II: Barbarossa to Berlin (Special Edition) was released with a "bonus disc" which included graphic mods and additional scenarios collected from designers within the CM community.

The game received "generally favorable reviews", just one point short of "universal acclaim", according to the review aggregation website Metacritic. It was a runner-up for GameSpy's 2002 "PC Strategy Game of the Year" award, which ultimately went to Medieval: Total War. The editors wrote of Combat Mission II, "This sleeper hit might be hard to find, but if you like realistic World War II tactics you owe it to yourself to track down a copy."

Barbarossa to Berlin won Computer Gaming World's 2002 "Wargame of the Year" award. The editors wrote that it "doesn't change the genre the way its predecessor did, but it still towers high above the competition."