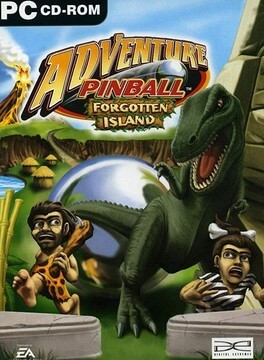 The game uses the Unreal engine which was previously only used for first-person shooter games. It provided a fresh new gameplay experience for its time, especially in the aspect of pinball games. The game is rendered in 3-D and has both a story mode consisting of 9 levels, where no actual pinball tables exist and a table mode. Most of the levels must be unlocked by completing other levels. There are hidden areas in the story mode to earn bonus points, it also features special power-ups to help your progression through the game. The game was unlike any other pinball game at the time, it wasn't just your average game of pinball behind a glass case or a video game simulation, you were able to roam around a small world known as The Forgotton Island. It also featured monsters and insects to eliminate or bypass while playing in story mode. It is known at times for being a very fast-paced game.In addition to the instruction manual, a booklet is provided with the Windows version of the game that includes a short story in the appearance of the main character's personal journal. It hints of a possible sequel at the end of the story by saying "I have the feeling there's more adventure to come", but this hasn't been confirmed or announced yet.