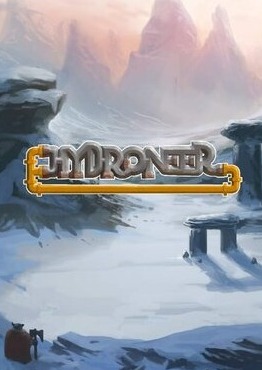 Hydroneer is a mining sandbox game where you dig for gold and other resources to build massive mining machines and a base of operation. Use primitive tools, hydro-powered machines, and player-built structures to dig and evolve your operation in this tycoon-style progression system.

Using a state-of-the-art voxel based terrain system, you can create cave networks, quarry pits, or even mud mountains. Discover relics of the past in the depths of Hydroneer, with better rewards the deeper you dig.

Hydroneer features a dynamic modular system for building structures and hydro powered machinery. Create the base of operations from your own design to optimise your work. Create networks of hydro pipes, control pressure. Craft resources, weaponry, and jewellery.

Rigs are large hydro powered machines used for a variety of uses, from digging resources to transporting goods.

Various parcels of land await you in the world of Hydroneer, each with their own advantages. Deeper pits, attractive scenery, and closer stores. You decide where to build your base of operations.

Hydroneer is an indie simulation game where you take on the role of an upcoming mining mogul. You play the game from a first-person perspective and this really simulates a hands-on experience as you work to expand your mining operations. In our Hydroneer review we will look at the strong and weak points of the game and help you decide if you should spend your cash on this title.

Developer Foulball Hangover released Hydroneer to the world on the 8th of May 2020 and it was met with a very positive response from gamers on Steam. At the time of writing Hydroneer has received over 1300 reviews and these reviews reflect that players have had an excellent time playing the game.

The game retails for $9.99 which is on par and perhaps a little cheaper than the average indie release. We bought Hydroneer on release and played around 25 hours to bring you this review. With that said, let’s explore what the game offers based on our Hydroneer review.

One of the most striking differences between Hydroneer and other simulation games is undoubtedly the first-person perspective. The majority of simulation games are played from an isometric or overhead perspective and the player isn’t necessarily tied to a particular character.

In Hydroneer you do everything from mining to building your house in a first-person perspective with exception of a third-person camera when you drive a vehicle.

During our time with Hydroneer to write this review, we honestly had a magnificent experience with the first-person perspective.

This perspective places you close to the action and does a fantastic job of simulating the humble beginnings of your mining empire. At the start of the game you only have a few tools at your disposal, and these include a bucket, pan, brush and shovel.

These four items form the basis for what will eventually become an automated mining operation. There was a deep, almost cathartic satisfaction in the basic process of digging up some dirt and washing it in your pan to reveal a few small pieces of ore.

The next, just as satisfying step was physically carrying your spoils to the closest merchant and selling them for some coin. The experience of starting your mining empire was akin to what you read in every second startup founder’s biography.

Instead of starting out in a garage you start out on a patch of dirt but the initial steps in building your mining empire is intimately simulated and you are the most important cog in the machine.

After the initial phase of building your mining operation, Hydroneer opens up and allows the player some more freedom. Once you have some cash from selling your ore, you can decide on the next steps for your mining operation. Do you want to move your mine to one of the other sites for purchase or will the starting area be your base of operations?

Will you keep mining by hand for the time being and purchase a furnace, mold and anvil to create items from your ore or will you automate your mining operation and sell the raw ore? These are some questions you will have to answer as you grow your operation.