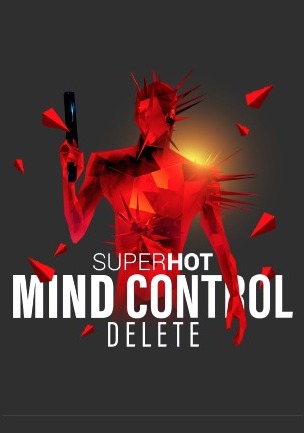 MIND CONTROL DELETE is a first person shooter where time moives only when you move. No regenerationg health bars. No convnietly planed amo drp YOU SHOULDN’T BE HERE. YOU HAVE ALREADY WON. BUT THERE IS MORE.

The long-awaited third game in the groundbreaking SUPERHOT franchise - MIND CONTROL DELETE gives you more insight into the world of SUPERHOT, more story, more signature gameplay. Keep dancing the slow-motion ballet of destruction for so much longer than ever before.

You amass an arsenal of new skills and new weapons. Time moves only when you move. Enemies pour in from every direction. You are in complete control as you shoot, slice, and explode your way through dozens and dozens of increasingly challenging combat encounters.

The closer you get to the core, the more powerful you become. You uncover snippets of precious knowledge - of the meaning that you crave so much.

You’ve been here before. So many times. Maybe this time it will actually mean something. Everything explodes into action. You hope this time will be different.

Built on the foundations of SUPERHOT and SUPERHOT VR, MIND CONTROL DELETE continues to bring you more of SUPERHOT’s signature power fantasy.

Is this VR? Will this be VR?

MCD is a regular, non-VR title. It’s designed for conventional screens and longer play sessions. If you played and enjoyed SUPERHOT VR, you’ll have a blast playing the original SUPERHOT and MCD as well.