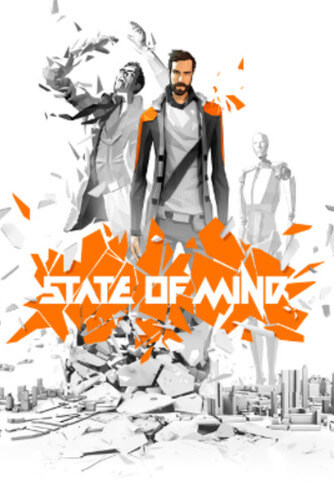 State of Mind is a 2018 graphic adventure game developed and published by Daedalic Entertainment. A cyberpunk story set in the near future, the game explores transhumanist themes.

Development of State of Mind was led by Martin Ganteföhr, creator of the 2004 adventure game The Moment of Silence. Production began in 2015. The game was developed with Unreal Engine 4. State of Mind features a low-poly art style inspired in part by the visuals of That Dragon, Cancer. According to Daedalic's Kai Fiebig, the art style was Ganteföhr's idea, as the fragmented look reflected the game's themes in its portrayal of "a shattered person, a shattered society on the edge of change."