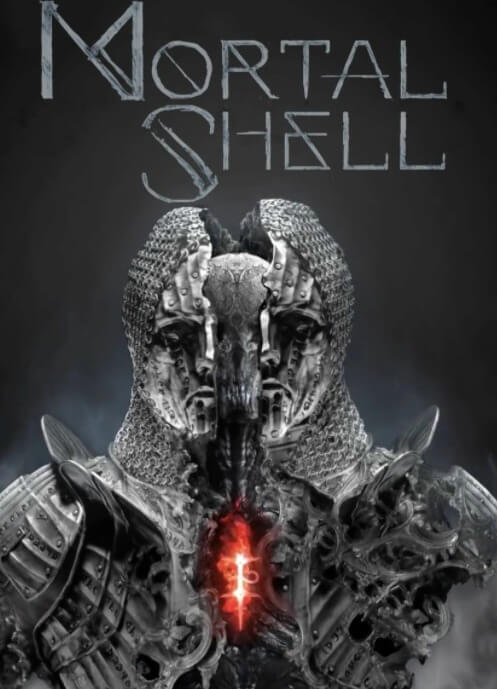 Mortal Shell is an action role-playing video game developed by Cold Symmetry and published by Playstack. It was released on 18 August 2020 on PlayStation 4, Xbox One and Microsoft Windows.

Mortal Shell is a third-person action role-playing game focused on melee combat, where players control one of several "shell" characters with different playstyles.

The game was developed by Cold Symmetry. It was published by Playstack on 18 August 2020 for Microsoft Windows, PlayStation 4, and Xbox One.

The developers created Mortal Shell as they thought there was a gap in the market for video games evoking deeper emotional experiences. They were influenced by FromSoftware's 2011 game Dark Souls, similarly creating a setting with a dark atmosphere and populated with characters giving players cryptic information, and designing gameplay based around challenging melee combat, but still intended to change things up and create their own take on the concept.

While some changes to the Souls formula were creatively driven, such as giving players only a limited amount of consumable health items to encourage use of the health-leeching mechanic, compared to Dark Souls' Estus flasks, other changes came from the limitations of being a smaller developer: for example, they could not develop the same amount of armours, weapons and character builds, and instead developed four "shells" with different play styles and backstories.

An early prototype of the game, titled Dungeonhaven, was focused on procedural generation; the developers moved away from this, feeling that it was antithetical to the Souls style of games, and instead opted for designing the game's areas by hand, wanting players to feel like they were going on an adventure, traversing a space that made sense as a setting.

Mortal Shell was met by generally positive reviews on all platforms, according to the review aggregator Metacritic, and was nominated for Best Debut Game at The Game Awards 2020. Reviewers frequently compared the game to playing Dark Souls for the first time.