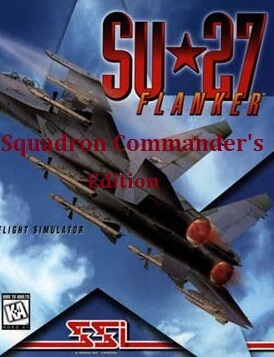 Su-27 Flanker: Squadron Commander's Edition is a realistic flight simulator released in 1997 on compact disc. Developed by Eagle Dynamics, the game contained a realistic and detailed flight model in a less competitive graphics shell, allowing the game to run on relatively minimal computer system requirements at the time. Set in the Crimea in modern times, the game offers a chance to pilot the Sukhoi Su-27. Air-to-air combat against other aircraft with notable artificial intelligence, as well as ground attack and bombing missions, can be played. Su-27 Flanker: Squadron Commander's Edition consists of a mission editor and 150 available missions in addition to the actual flight simulator.