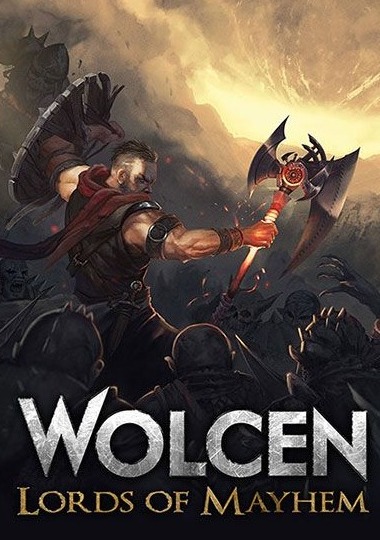 Wolcen: Lords of Mayhem is an action role-playing hack and slash dungeon crawler video game developed and published by Wolcen Studios and released for Windows in February 2020.

The dark fantasy-themed game progresses across a three act storyline in which players explore procedurally-generated maps to battle hordes of monsters and collect valuable loot.

Wolcen: Lords of Mayhem received mixed reviews, as of March 2020 holding a score of 60 out of 100 on Metacritic. It has been praised for appealing to veteran players of the action RPG dungeon crawler genre, while providing less restrictive character customization and a focus on high-quality graphics.

Negative reviews largely cite major bugs on release and its unrealized potential due to derivative gameplay.

You are one of the three survivors of the slaughter of Castagath. Rescued by Grand Inquisitor Heimlock, you were drafted into the Republic’s Army of the Purifiers at a very young age to be trained in the military academy and become perfect soldiers against the supernatural.

You also had the chance to benefit from Heimlock’s occasional advice and training, which led you and your childhood friends, Valeria and Edric, to be called the “Children of Heimlock”.

Recently, the Brotherhood of Dawn has infiltrated the Crimson Keep, a mysterious republican fortress lost among the northern deserts known as the Red wastes. While the purpose of the attack was unclear, the republican Senate voted a retaliation act against all known locations of the Brotherhood.

Led by Grand Inquisitor Heimlock himself, troops are soon deployed on the Coast of wrecks, near the city state of Stormfall, to terminate a camp of Brothers. You are, with your two childhood friends, part of operation Dawnbane, under the supervision of Justicar Maëlys.

Wield a great variety of weapons and find your own playstyle thanks to their unique stances and combos. In Wolcen, there is no class, only your weapons set the rules for your skills types.

Rage and Willpower interact with each other, using the Resource Opposition System. Stamina allows you to use a dodge-roll to avoid danger or travel faster.

Gear up according to your offensive and defensive choices with common, magical, rare and legendary items. Break the rules and unlock new possibilities with Unique items and rare affixes.Rotative Passive Skill Tree

Make your own path throughout the 21 sub-class sections available in the Gate of Fates to customize your passives and make them fit to your play style.

Level up your skills with your character or alternative resources to gain modifier points and create your own unique combination of skill modifiers. Change your damage type, add new functionalities, grant buffs or debuffs, change the skill’s mechanics completely. The options are limitless.

We Were Here Too
hit
upd
new