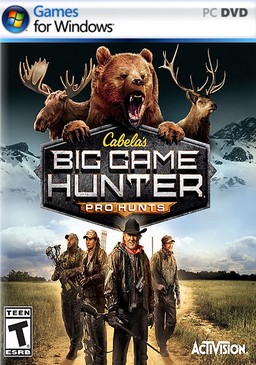 The game takes the player on a single-player campaign in North America with four experts from the competitive real world of big-game hunting. Providing advice throughout the game are Wade Middleton, Jim Shockey and Ralph and Vicki Cianciarulo.

The player has to complete objectives such as hunting an animal with various weapons (rifles, bow, shotgun) in order to progress in the campaign. The player has access to four different hunting areas, all in North America which is divided into the Southeast, Northeast, Southwest and Northwest. Different areas have different animals which can be hunted. Some animals, such as moose, bears, and boars, will charge if surprised, angered, startled, or threatened.

Special animals which can be regarded as game bosses have to be hunted also in a special way to unlock the next hunting area. The game bosses are: