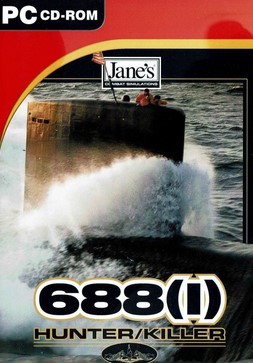 Jane's 688(i) Hunter/Killer is a 1997 submarine simulator video game, developed by Sonalysts Inc. and published by Electronic Arts and more recently by Strategy First for Windows 95 compatible operating systems. It is named after the 688 (Improved) Los Angeles class of United States (SSN) submarine, and was a successor to the earlier game 688 Attack Sub. It's part of the Jane's Combat Simulations series. It was released on Valve's Steam content delivery service as well as DotEmu.

688(I) Hunter/Killer was developed by Sonalysts Inc., which had previously developed submarine simulations and wargames for the United States Department of Defense. The developers limited themselves to plausible real world scenarios, based on projections from Jane's Information Group. Because of the authentic tactics and technology being simulated, Sonalysts had the Pentagon review the game to ensure that it did not contain any valuable military secrets.

The game was developed using custom software tools, with the exception of the ship models, which were done using PowerAnimator.

Next Generation reviewed the PC version of the game, rating it four stars out of five, and stated that "if you're the sort who's intimidated by a game that comes with - and needs - a 200-page manual, you'll want to give this one a miss. But if you've got a taste for the complex side of military sims, you'll love 688(I)."