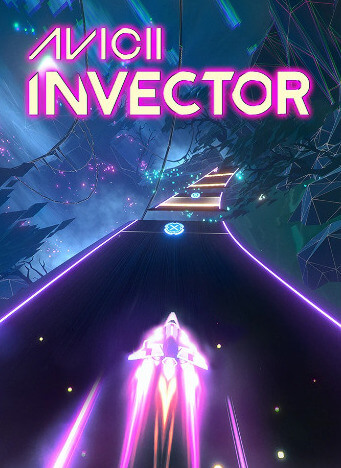 
AVICII Invector is a 2019 single-player music video game developed by Swedish studio Hello There Games with Wired Productions in memory of Swedish DJ Avicii. The game was released on 10 December 2019 for PlayStation 4, Xbox One, and Microsoft Windows. The game will be released for Nintendo Switch in 2020.

AVICII Invector allows the player to journey across six different worlds. The player has to race through the music track and is tasked with matching the "musical beat". AVICII Invector features 25 of Avicii's songs.

Metacritic, which uses a weighted average, assigned the game a score of 80 out of 100, based on 5 critics, indicating "Generally favorable reviews". As of December 2019 the game scored a "Very Positive " review by over 140 reviews on Steam.

Jenni Lada of the PlayStation LifeStyle wrote, "AVICII Invector really nails is a sense of style. It’s a futuristic and minimalistic game following a spaceship pilot who is traveling through the songs you play". Jade King of the TrustedReviews wrote, "It's heartbreaking that Avicii isn't around to experience a project that he had so much passion for come to fruition, but he'd be proud of what's been accomplished here. It harkens back to rhythm gaming greats while scorching ahead on a path of its own, and for a good cause to boot".

Rebecca April May of TheGuardian.com wrote, "With so much emphasis on art and audio, there was always a risk of style over substance". Sean Munro of the Flickering Myth wrote the game's several cons including "Disappointing lack of challenge", "Hard difficulty is pointlessly gated off", and "No online multiplayer".