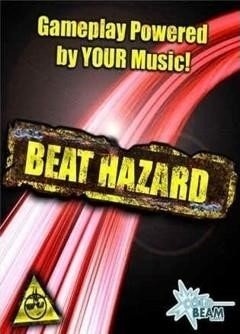 Beat Hazard is a shoot 'em up where the player controls a small spaceship that defends itself from other ships and space debris. The music played during gameplay controls the speed and intensity of the game.

A sequel has been released in early access . The sequel has upgraded graphics and the ability to play music from streaming services in an "Open Mic" mode.