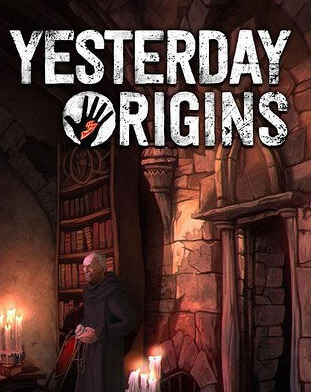 Yesterday Origins is a 2016 graphic adventure game developed by the Spanish company Pendulo Studios and published by Microïds. It serves as both a prequel and a sequel to Pendulo's earlier Yesterday.

Yesterday Origins focuses on both the events that occurred centuries ago when John Yesterday became an immortal and the present timeline after the first game.

Following Pendulo Studios' unsuccessful crowdfunding campaign for its project Day One in September 2012, the developer neared bankruptcy and entered a two-year period of inactivity. Crowdfunding had been the company's attempt to survive after it was unable to secure a traditional publisher. Pendulo's Juan Miguel Marín recalled the period as "a bad time", while Albert Garciá of La Vanguardia noted that "the future of this company was uncertain" at the time. The developer's disappearance ended in mid-December 2014, when the studio signed a deal with Microïds to create an unannounced new adventure game. Its development began "immediately", according to Pendulo. The project was revealed as Yesterday Origins in May 2015.

With an aggregate score of 76, the Xbox One version of Yesterday Origins was among the 18 highest-rated Spanish games listed on Metacritic by 2017.