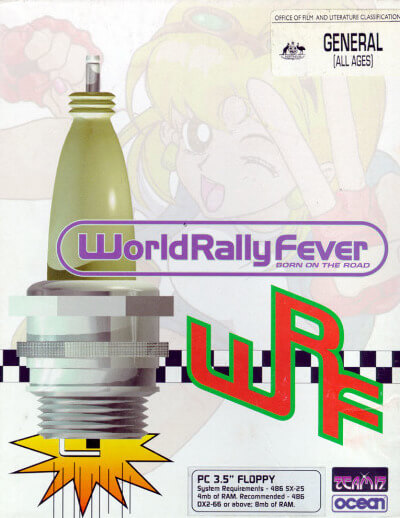 World Rally Fever: Born on the Road is a racing game created by Belgian developers Split and Team17. It was originally published in the UK by Ocean Software and was later re-released by Sold-Out Software. It featured anime style art and characters which raced cart-like vehicles through various world-themed tracks.

The game was re-released in 2012 on Gog.com with support for Windows.