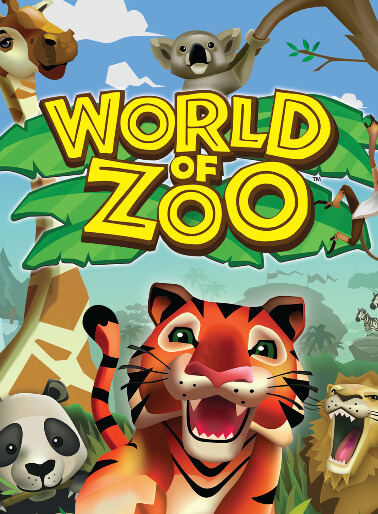 World of Zoo is a life simulation video game, published by THQ and developed by Blue Fang Games, who also developed the similar Zoo Tycoon series. World of Zoo was released for Microsoft Windows, Wii and Nintendo DS on October 26, 2009. The game was showcased in the Electronic Entertainment Expo 2009 on June 1, 2009, held in the Los Angeles Convention Center.

Certain achievements can earn the player certain objects, for example: new species can be unlocked, or in-game awards earned. One example of an in-game award is the player raising in status with one animal family, for the big cat family, awards range from, lowest to highest, "Junior Big Cat Handler" to "Big Cat Whisperer".

If the player scares the animals too much, they can attack.

The game will also feature an "Animal Creator", a feature that allows players to create and customize animals' personalities and appearances similar to Spore; along with an "Animal Adoption Network" feature—another way players can add animals.

Minigames are scattered throughout World of Zoo, and often pose as challenges arising in the care-taking of animals, e.g. grooming or healing.

The Wii version of the game can function as single player; but also can also support multiplayer mode up to four players. The Wii Remote is used to control the game in both modes; in multiplayer, player one controls the camera.

The Wii and the DS versions contain all animal types but the PC version does not.

As of 2018, Metacritic declines to award a score due to there only being three reviews (one positive, one negative and one mixed) for the Wii edition and a single positive review for the PC version.