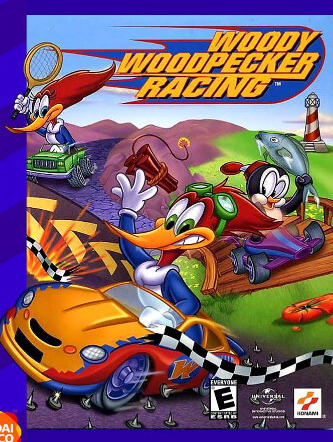 Woody Woodpecker Racing also known in Japan as Woody Woodpecker no Go! Go! Racing (ウッディ·ウッドペッカー ノー ゴー！ゴー！レーシング, Uddi·uddopekkā Nō Gō! Gō! Rēshingu) is a 2000 video game was published by Konami and developed by Syrox Developments, was based on the animated series The New Woody Woodpecker Show (and in turn the cartoon series of short films of same name created by Walter Lantz).

In the game, you race as various characters from the Woody Woodpecker cartoons in 16 different tracks set around the world. The gameplay is similar to Mario Kart .