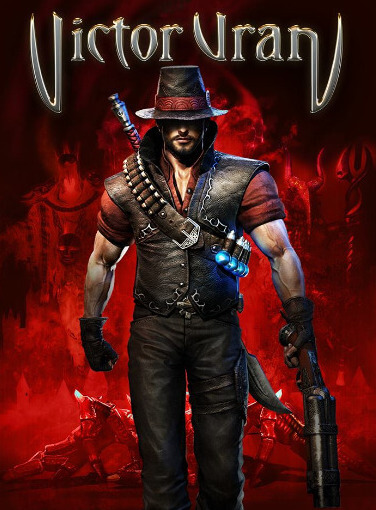 Victor Vran is an action role-playing video game developed by the Bulgarian independent development studio Haemimont Games. Victor Vran is published on Steam by EuroVideo Medien. It entered Steam Early Access in February 201 and the final version was released in July 2015. The setting of the game resembles Gothic-fantasy fairy tale where both magic and science have a place in the world. The title exited early access on July 24, 2015. An updated port titled Victor Vran: Overkill Edition was released on PlayStation 4 and Xbox One on 6 June 201, and a Nintendo Switch port was released on August 28, 2018.

The player assumes the role of Victor Vran, a demon hunter who arrives in the fantasy city of Zagoravia, to help its inhabitants fight off a demon infestation of unknown origin.

The combat of Victor Vran combines action RPG elements and reaction-based moves which allow the player to dodge attacks and avoid damage. The game features jump mechanic which is used in combat and in solving vertical puzzles and reaching secret map areas.

The game world is divided in large areas representing the districts and the surroundings of the city of Zagoravia and adjacent dungeons. Each area has 5 specific challenges which grant various rewards upon completion. The player can tweak the difficulty on every area and dungeon by using special Hex items which grant buffs and bonuses to the enemies within.