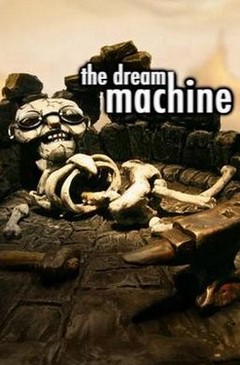 The Dream Machine is an episodic point-and-click adventure video game developed and published by Cockroach Inc. (Anders Gustafsson and Erik Zaring) The story of the game is about dreams and voyeurism. The game is built by hand, using materials such as clay and cardboard. The game consists of six chapters released between December 2010 and May 2017. The game is available on Windows and Mac OS X.

In The Dream Machine the player takes control of the protagonist Victor Neff. The player has to solve puzzles and collect items that can help overcome obstacles in the game.

The protagonist is Victor Neff, a young newlywed who has just moved into a new apartment with his wife. While trying to get settled they stumble upon the strange secret of the building and its owner, which starts Victor on a journey through several human minds. The story is split up into six individual chapters, each chapter featuring a visit to at least one dream-world.

The Dream Machine is developed by Cockroach Inc. which is a two-man independent game studio run by Anders Gustafsson and Erik Zaring.

The Dream Machine started out as a browser based game, but transitioned onto Steam after being nominated for an IGF award in the Visuals Arts category.