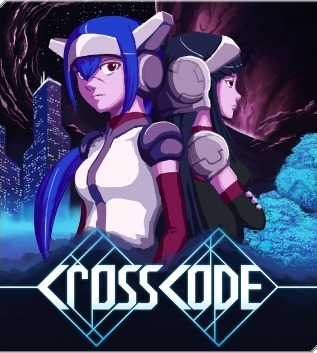 CrossCode is an action role-playing video game developed by Radical Fish Games and published by Deck13. The game's development began in 2012, and was later introduced as a crowdfunded project on Indiegogo in early 2015. Following a three-year long early access beta phase, CrossCode was released for Linux, macOS, and Windows in September 2018, and will be released for the PlayStation 4, Nintendo Switch and Xbox One sometime in 2019. It received generally positive reviews from critics.

CrossCode is an action role-playing video game developed by Radical Fish Games and published by Deck13. Development of the game began in 2012. It was later introduced added as a Indiegogo crowdfunded project in February 2015, being released as an early access title on Steam for Linux, macOS, and Windows later that year. It was officially released out of early access on September 20, 2018. The game will also be released on the PlayStation 4, Nintendo Switch, and Xbox One sometime in 2019.

The soundtrack was composed by Deniz Akbulut, with an official soundtrack being released on September 6, 2018.

CrossCode received "generally favorable reviews", according to review aggregator Metacritic. The game won the award for "Most Fulfilling Community-Funded Game" at the SXSW Gaming Awards.