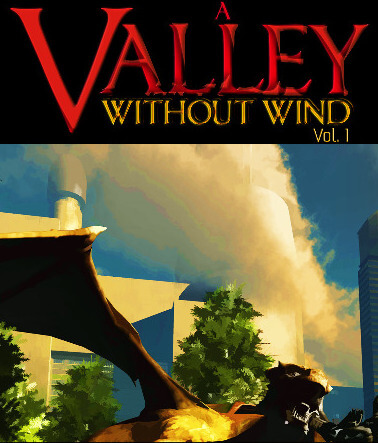 Download A Valley Without Wind Free for PC Torrent

A Valley Without Wind is 2-D sidescroller that lets players explore a vast procedurally generated world. Unlike other procedurally generated games the difficulty has a logical progression and there are a checklist and tips to assist the player. The main goal is to defeat the Overlord and save the continent. The player can choose how they want to prepare for the Overlord. They can do missions to gain new spells and roam the environment to find secret missions and stashes of magical crafting loot. The player can customize their character with different enchants and spells to fit their play style. Also the player can rescue people and make them part of the player's settlement, which allows the player to send them on dispatch missions. Once the player saves a continent from the Overlord a new bigger continent appears. The game adapts to how the player plays, such as the monsters and missions upgrading accordingly to the user's proficiencies. Death of a character in this game is permanent, but all of the inventory, enchants, and general progress are saved.

A Valley Without Wind received mixed reviews. On IGN it received a 5.5 out of 10 and was called "mediocre". Leif Johnson, a reviewer from IGN, states,"The appeal of its randomly generated settings wears off quickly, the procedural level generation voids much sense of having an impact on the world, and the absence of any kind of compelling story or brilliantly designed levels eventually renders exploration a slog". However, Johnson praised the sheer number of spells and customizations the user has. Tom McShea, a reviewer at GameSpot, had similar complaints about the map design. He called the map design confusing and poorly designed, which made it easy to get lost.

A Valley Without Wind System Requirements

(0) Comments on "A Valley Without Wind Full Version"