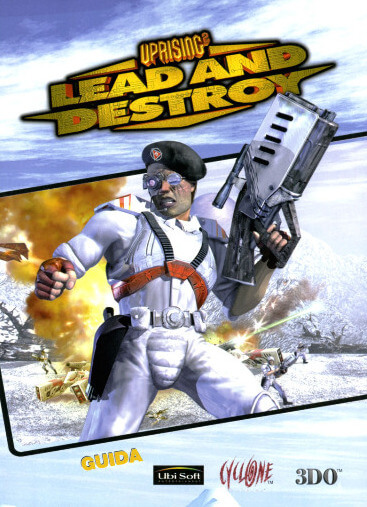 Uprising 2: Lead and Destroy is a hybrid action/real-time strategy video game developed by Cyclone Studios and published by 3DO on December 9, 199 for Microsoft Windows.

The game is direct sequel to Uprising which was developed and published by the same companies. The game allows the player to again take control of the powerful Wraith command tank, and enter the fight with a ruthless horde of enemies called the Kri'iSara. The game offers 36 missions to complete, with 28 of these missions broken up into three mini-campaigns. The player can complete these challenges in any order they desire. Gameplay consists of searching the battlefield for citadel locations and assembling bases to harvest energy and create military units. When faced with an enemy combatant, the player can use their Wraith and call on support from military units the player has created.

Next Generation reviewed the PC version of the game, rating it four stars out of five, and stated that "it packs enough fast action, deep strategy, and overall intensity to please any gamer, and that's what really counts."

Game Over praised the game's graphics. The AV Vault said that while it could have been a great game, Uprising ended up being merely good. Game Vortex felt the game's interface was rather confusing.

Many game critics complained that game was too easy and that the mission designs were contrived and predictable giving the sense that one has been there before. Despite the negativity, critics and gamers alike were generally pleased with the game overall, getting a 7.7 from GameSpot.