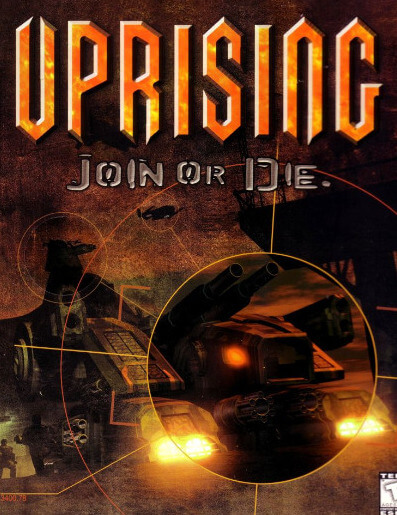 Uprising: Join or Die is an action video game by American developer Cyclone Studios, published by The 3DO Company on Oct 17, 1997 for Windows. Uprising 2: Lead and Destroy was released in 1998 on Windows and Uprising X was released in December 1998 on PlayStation.

The player controls a powerful combat vehicle that transports units onto the battlefield, on the side of a rebellion against an evil military empire.

The game plays as a standard military combat strategy.

The graphics code for Uprising X written from scratch in C and PlayStation assembly code. By 2016, the rights of the series was owned by Retroism.

Next Generation reviewed the PC version of the game, rating it five stars out of five, and stated that "This is groundbreaking gaming at its best: fast, challenging, and beautiful. It's absolutely way beyond recommended."

GameSpot noted that Uprising tries to find a niche within the crowded strategy space. Game Revolution said the game offered a "interesting twist and mix" on the genre.

The editors of Computer Games Strategy Plus named Uprising: Join or Die the best action game of 1997.