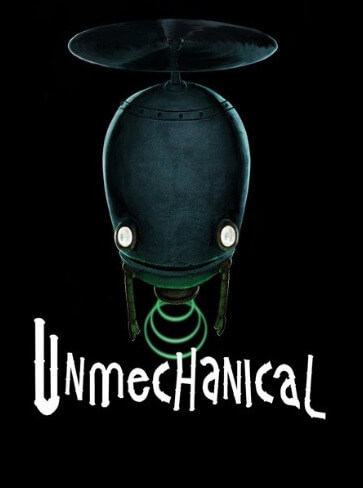 Unmechanical is a 2.5D puzzle video game developed by Talawa Games and published by Teotl Studios. It was released in 2012 for Windows. It was later available for iOS. It is available on Steam, GOG.com, GamersGate, OnLive, Rain, Desura and on the App Store. Unmechanical: Extended is an extended edition of the original game, developed by Czech developer Grip Games. It features new levels and bonuses. It was also released for PlayStation 3, PlayStation 4, and Xbox One in 2015.

Unmechanical features puzzle solving and exploration. The game began as a student project. Unmechanical focuses on accessible controls that make it easy, and challenges the player with a wide array of puzzles.

The iOS and PlayStation 4 versions of Unmechanical received "generally favourable reviews", while the PC and Xbox One versions received "average" reviews, according to the review aggregation website Metacritic. In Japan, where the PS3 and PS4 versions were ported for release and published by Cross Function on October 21, 2015, followed by the Xbox One version on December 21, 2015, Famitsu gave the PS4 version a score of one eight, one seven, one eight, and one seven for a total of 30 out of 40.