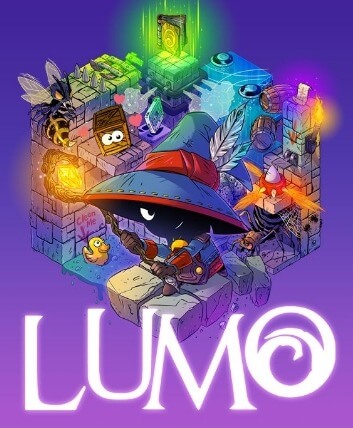 Lumo is a 3D isometric puzzle platform game, developed by Triple Eh? Ltd. It was released for PlayStation 4, PlayStation Vita, Microsoft Windows and Xbox One in 2016 and for the Nintendo Switch in 2017.

In Lumo, the player must complete a series of puzzles in over 400 rooms to complete the game. The game places a heavy emphasis on exploration and discovering secrets and contains multiple hidden challenges and minigames.

The soundtrack for Lumo was produced by artist Phil Nixon under the name Dopedemand and was released on Bandcamp in 2014, almost 2 years before the game itself was initially released. The soundtrack contains 21 tracks, although one of them was not used in the game itself.