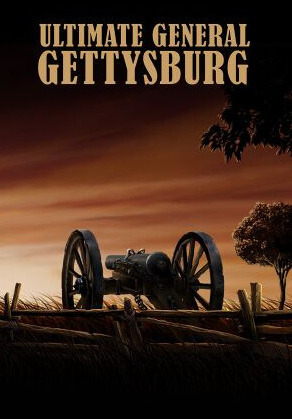 Ultimate General: Gettysburg was the first game of the series, which allows players to lead thousands of soldiers in the Battle of Gettysburg. According to the developers, the game is unique in "Giving you the chance to be the General of either the Union or Confederate army in the battle of Gettysburg, it allows you to recreate the historical facts or try out many speculative scenarios."  It first became available in Steam Early Access on 12 June 2014, and was fully released on 15 October 201 The game has been updated since release and the latest version, Patch 1.7, was released on 15 July 2016.

The game claims to have accurate maps utilising satellite images and historical charts. Additional game-play features include Custom Battles, where different AI Commanders and the multi-day battles provide replayability. There are also additional custom battles where players can unlock a large number of speculative scenarios that can be played as quick battles, either randomised or with full unit strength and default army deployments. There is also a Multiplayer Experience in which the game has 18 maps for one-on-one matches.

There are differences between the iPad and the computer versions. The game was redesigned to provide usability and playability on tablets, and the user interface was reworked. The campaign here is replaced by 10 missions for each side, and multiplayer is not available.