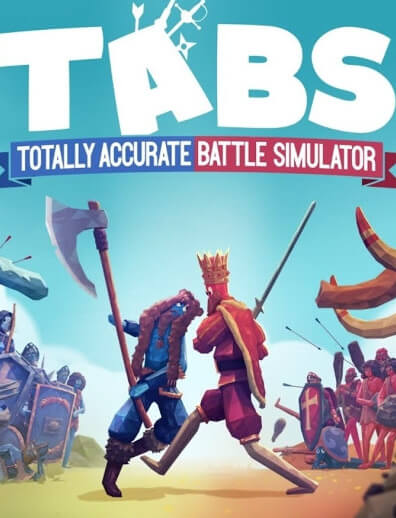 In Campaign mode, the player is presented with a range of opposing soldiers of various unit types, and the player in turn must place their own units on an opposite side of the field. After the player hits "start", the two sides will rush forward and begin to attack each other while the player can pan the camera around the map and view the match. The match ends when one side has killed all of the opposing soldiers. Each level has a price limit, and the player can use any amount of troops as long as they do not go over the limit. The full game contains four campaigns, each with a variety of maps with different price limits. Totally Accurate Battle Simulator also has a sandbox mode, where the player has full control of both sides of the battlefield and no price limits. By exploring the various maps in campaign mode, the player can find weapons that unlock new units. The player can also possess units. When possessing a unit, players gain their powers, activated by certain buttons. Players can also create custom battle scenerios which can be shared with others.

On 9 June 2019 at the E3 convention, Xbox announced via their Indie Developers program that TABS would be coming to Xbox One in the Xbox Game Pass.

The game has been referred to as a "vibrant and goofy take on chaotic combat", and has "silly graphics and kind of wonky body physics" which is part of the "charming appeal of an otherwise realistic simulator". The game has also been described as "brilliant in its simplicity" and "outstanding".