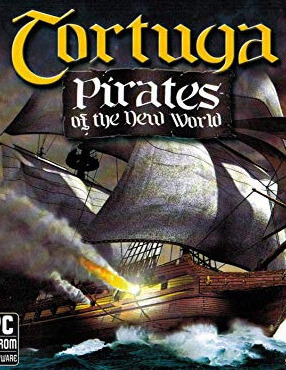 Tortuga: Pirates of the New World (released in the United States as Pirate Hunter) is an action game created by Ascaron Entertainment UK Ltd, released in 2003 for PC.

The player plays a sailor in the Caribbean. The player can experience 16 different scenarios, 14 different ships, from a Sloop to a Ship-of-the-Line and many quests. The game features real-time sea battles and a top-down view that is similar to a RTS (Real Time Strategy) game.

(2) Comments on "Tortuga: Pirates of the New World Full Version"