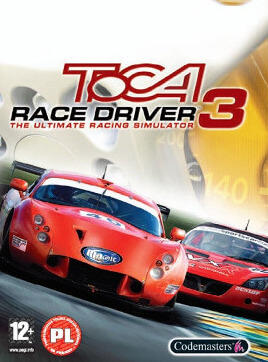 It includes 120 Championships and 35 types of racing through the Championship in World Tour, Pro Career, and Free Race. Also it has Bonus Championships in different disciplines. They take place largely in the UK and Germany, though many more tracks are unlocked by winning cups in Pro Career, or by setting a lap time record on a course within Pro Career mode. Open wheel, GT, Oval racing, Rallying and Off-road racing were all featured, and can be raced in either a detailed Pro Career mode or an open-ended World Tour.

Online play allows 12 and 8 players on PlayStation 2 and Xbox, respectively. It is the only racing simulator for PlayStation 2 with an online racing mode. For the PC up to 12 players could race together with the built-in Gamespy Server or by using a LAN. When Gamespy closed in 2014 Online Multiplayer was subsequently made possible using the Free Tunngle Network. But the Tunngle Network was shut down on 30 April 2018 due to pending requirements of the new European General Data Protection Regulation. Online Racing is still possible in 2020 using the OpenSpy Servers. For more informations join ToCA Online Racing Discord Group https://discordapp.com/invite/TWf7Q6Q. The game received good reviews, frequently being compared favorably to Gran Turismo 4 and Forza Motorsport, in the aspects of cars on track, collision and wear damage. Custom tuning of suspension components for handling and gear ratios, and including braking ratio front to rear. A more through tuning setup for a race car was allowable more so then in a driving simulator like Gran Turismo 4, since TOCA Race Driver 3 was a racing simulator.

The game features many real-life competitions, including British GT, DTM, IRL and V8 Supercars, as well as a Vintage series, other GT series, and Rally. The Formula Williams FW27 is the featured car of the Formula 1 series in the game.

The game received "generally favorable reviews" on all platforms according to video game review aggregator Metacritic. In Japan, where the ersion got a port on January 24, 2008, Famitsu gave it a score of all four sevens for a total of 28 out of 40.