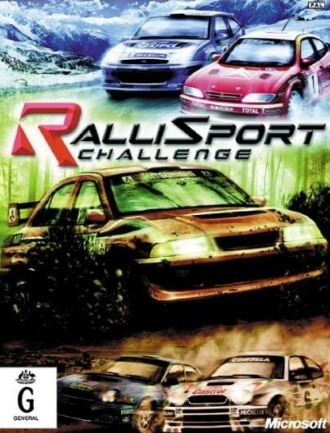 RalliSport Challenge is a 2002 rally racing video game for Microsoft Windows and the Xbox. It allows a career with up to 29 cars including the Mitsubishi Lancer Evo 6 and the Suzuki Grand Vitara. Four race types that are included in the game are Rally, Hillclimb, Ice Racing, and Rallycross. A sequel, RalliSport Challenge 2, was released in 2004 for the Xbox.

In Hillclimb, drivers will race up or speed down a dangerous mountain with cliffs and rocks along the track. One mistake can send drivers off the cliff or into rocks thus damaging the car and degrading performance. For Ice Racing, drivers race on a track with a slick bed of ice for a certain number of laps. The run off areas are sometimes snow that can cost vital places or time.

On Rallycross, drivers will race around a certain track, at the same time as all the others, with multiple types of road such as gravel and asphalt, for a certain number of laps.

Drivers will start with eight cars, no matter if the starting level of Beginner or Normal is used. They will require doing a career to unlock the remaining 21 cars. In Beginner mode, drivers are able to restart a race at any point in a rally they wish. However, in Normal, in order to restart, drivers must race the entire rally over no matter what.

Outside of the career mode one can take part in time attacks. When participating in these, a ghost of the driver's best lap is loaded, saved or played every time one undertakes that race. There is also a split screen multi-player mode in which players race head-to-head in whatever race mode they are.

The game received "generally favorable reviews" on both platforms according to the review aggregation website Metacritic.