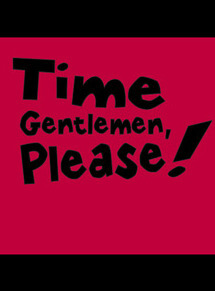 The game features a darkly humorous, at points surrealistic setting. Of note is the consistent referencing of other classic adventure games: posters from Sam & Max and Full Throttle were seen in the first episode, the characters often quote dialog from e.g. Monkey Island or Day of the Tentacle, Ben refers to Dan as "the Glottis to my Manny!", and the first episode features a zombie child called Gilbert. The game also satirizes the "adventure game logic" (i.e. carrying around a variety of useless items in hopes of combining them to be useful), with Ben and Dan often breaking the fourth wall and directly referring to not needing certain items in their inventory.

The events of Time Gentlemen, Please! continue from Ben There, Dan That!; in the first game, while attempting to rig a makeshift television antenna made out of a coathanger to watch a Magnum, P.I. marathon, Ben and Dan find themselves transported aboard an alien spacecraft. Eventually, they discover the spacecraft was simply a mockup built in a warehouse, designed to keep them busy. The plan was crafted by the future selves of Ben and Dan, who had traveled back in time to install their earlier selves as leaders of a mind-washed world.

Time Gentlemen, Please! continues from this point; Ben and Dan accidentally convince the world to simply watch the Magnum, P.I. marathon, eventually killing off the entire world population. Realizing this was a mistake, they decide they must go back in time and prevent the creation of the coathanger such that their future selves would have never been able to teleport them to the fake alien craft. After discovering the time device their future selves used, they spend two weeks (relative to themselves) travelling through time to attempt to correct their error, but instead find themselves having made things worse, as in 1945, Adolf Hitler has come to rule the world with his army of anthropomorphic dinosaurs due to the power of the Golden Coathanger.

Hitler captures the two and takes the time device away, using it to further assure his power but further damaging the time stream. Ben and Dan work through the time paradoxes in order to defeat Hitler and recover the time device. Realizing now that preventing the creation of the coathanger is disastrous, the two go back in time and stop their earlier selves before the coathanger is invented. However, this creates yet another paradox and causes the universe to disappear. God appears to the two, noting how they have mucked about too much in the timelines and that he will have to reset the universe for them. The two find themselves back at their flat and their world returned to normal.

The game was designed by Dan Marshall and Ben Ward.

Critics mostly praised the game for its humour and writing, while its scatalogical humour and swearing were "not for everybody". IGN named the game one of the "best of 2009 so far" in August 2009. PC Zone magazine in the UK said: “It's one of the most outrageous games I've ever played and for that alone I love it.” IT Reviews gave it a Recommended award, and commented that “the puzzles are pitched so adeptly that they're almost always satisfying to solve with nary a hint of frustration. This fact, plus all the laughs, the slabs of layered-on sarcasm and the wonderfully off-the-wall plot, makes Time Gentlemen Please a joy to meander through.” Total PC Gaming magazine simply stated: “Let us remind you of the price of this gem: 2.99. Buy it, you tight wad.”