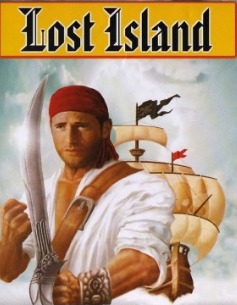 Officially developed by Slovak Mayhem Studios, the game's development was actually centered in Bohemia Interactive in the Czech Republic, which is where aspects like the dubbing was completed. The dubbing was done by Jiri Labus, who had previously lent his voice to the previous Slovak adventure game Ve Stínu Havrana. The original intention of the title, according to Bonusweb.cz, was to make a serious adventure around the theme of pirates, unlike previous games like the comical The Secret of Monkey Island. According to Absolute Games, the intention of the debut game from Mayhem Studios was a classic title in the style of The Secret of Monkey Island meets Indiana Jones.

While ARI Data was supposed to be the publisher in the German language area, as a result of its bankruptcy, Gamepad acquired the distribution license.

Tim and Diana are on a quest to return to their own time period and location.

The title is a Czech/Slovakian 3rd POV point-and-click adventure game with English dialogues and subtitles (despite having a German title). Visually, it is reminiscent of the classic adventure games from the first half of the 1990s. The game is in a 256-color palette. The 2D game features handpainted backgrounds. Adventure Archiv enjoyed the game's narrative twists and turns.

Bonusweb.cz thought that while the game had some favourable features, it fell short of promising Czech adventures like Polda 3 and Fairy Tale about Father Frost, Ivan and Nastya. Four Fat Chicks favoured the game's low-key characters to the obnoxious style seen in games like Koala Lumpur: Journey to the Edge. Quandary thought the game was amusing with some delightful animations. Mr Bill's Adventure Land praised the impressive realistic movement in the game.