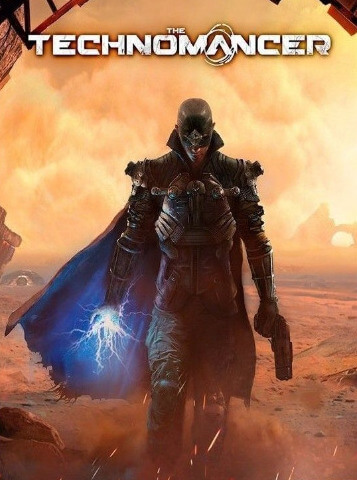 The Technomancer is an action role-playing video game, developed by Spiders and published by Focus Home Interactive. The game is set within the same universe as Spiders' previously developed game, Mars: War Logs. Olivier Deriviere scored The Technomancer.

The game is set during the War of Water, 200 years after humans colonized Mars. The protagonist is a rookie technomancer named Zachariah from Abundance, one of the powerful corporations on the red planet, who is on the run from the secret police. Zachariah flees the city of Ophir and heads to the town of Noctis which is nearby. He then attempts to find a beacon to establish contact with Earth.

In an April interview, CEO Jehanne Rousseau explained that "Mars is a lot bigger in The Technomancer compared to what you saw in Mars: War Logs." There will be several hubs and cities that can be unlocked. Rousseau estimated the main quest to be around 25 to 30 hours of play and "easily extended to around 50 hours with the inclusion of side quests." Overall there are around 4 times as many quests as there were in Bound by Flame. In a second interview when asked about the possibility of DLC, Rousseau stated that the game would be a complete and finished product, and although they do not currently have plans for additional content after launch, Spiders "may consider it at a later date." According to Spiders CEO and Creative Director, Jeanne Rousseau, the game is their largest and most expansive to date.

The Technomancer received "mixed or average" reviews, according to video game review aggregator Metacritic. The game was criticized for its uncanny valley character models and stiff animation, as well as monotone voice acting and flimsy combat. The inability to properly utilize your technomancy skills against enemies due to "electricity proof" armor was pointed out as another huge blunder on the game's part. The game was, however, praised for its beautiful environments, world building and story.

IGN stated the game "has all the moving parts of a mid-2000s BioWare game but lacks technical polish and storytelling finesse to a sometimes painful degree." Combat was heavily criticized for its lack of "flow or rhythm" and absurd difficulty - not in "the Dark Souls sense, where you learn to iterate and get better with each death" instead it’s "random, tiresome, and annoying, no matter how much time or how many stat points you invest." They did praise some aspects of the game however saying "the Martian setting and background and the environments used to introduce you to them are definitely the high points of this journey. From the monolithic, utilitarian metropolis of Ophir to the vibrant, rugged, Arabian Nights-esque merchant city of Noctis, the distinct cultural styles and small, convincing details really do a hell of a job bringing Mars to life."

(0) Comments on "The Technomancer Full Version"