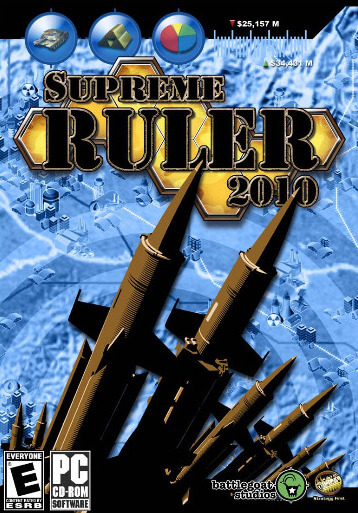 Supreme Ruler 2010 is a computer wargame in which a player who controls all aspects of a region's government attempts to unite a world of fragmented states of the world in the year 2010.

The game was produced by BattleGoat Studios and released by Strategy First on 10 May 2005.

Official support for Supreme Ruler 2010 ended in August 2006 with the release of the 6th update. The final version of the product was 4.6.1. For continuing support issues see the BattleGoat Forums listed below.

On 17 June 2008, a sequel, Supreme Ruler 2020 was released by publisher Paradox Interactive.