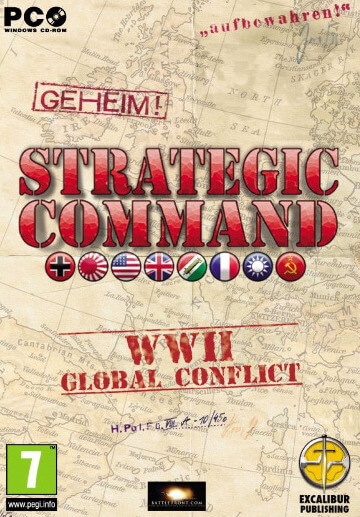 
Strategic Command WWII Global Conflict is a grand strategy computer game developed by Fury Software, and published by Battlefront.com. The game was released on 4 March 2010. It is the fourth title in the Strategic Command series. As the previous installments, it is a turn-based strategy set in World War II. For the first time, the main campaigns don't focus on a particular theater of war. Instead, the game features a map of the whole world. The player controls all of either Axis or Allied states.