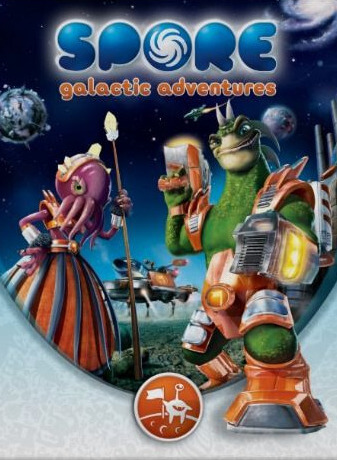 The main feature added to the game is the Adventure Creator. This Creator allows players to create various missions, which are then populated into the Space stage in a manner similar to the other content created in the original game. Players add elements to the adventure by dragging them from a menu and dropping them into the world. Creatures, vehicles and buildings created using the game's other editors can be selected and placed throughout the world. The player can also set creatures' behaviors from aggressive to friendly, and add speech bubbles. In addition, fixed objects from the previous stages of Spore, as well as gameplay objects like bombs and teleporters, can be added to the game.

Players can select a range of special effects and drop them into the level. Sounds can be added to the game in the same manner, although new sound files cannot be added to the game. A complexity meter exists to prevent too many objects being dropped into the game; it also enables the player to beam down and experience a planet firsthand rather than exploring it with a holographic projection.

The expansion also adds a Captain Outfitter, which allows players to modify their Space stage creatures by giving them different social tools, weapons, and gear. They are then able to beam down their captains to specialized planets that have missions on them. Missions are greatly varied and may require a range of different tools. RPG elements also exist in the game, in that captains earn points from missions and are able to level up.

Players can take their space captains on adventures, with each adventure having a specific goal to complete. There are a variety of adventure types, such as saving a planet from the Grox or helping a famous pop star get to his show on time. Completing each adventure awards the space captain experience points much like a role-playing video game and allows the player to choose a piece of equipment for their space captain. As a space captain gains more experience it gets better titles (determined by his empire's beliefs) such as "Thug", "Profiteer", or "Gatherer"; these titles are based on the Captain's archetype.

A space-based expansion pack was first announced mid-October 2008 alongside the Creepy and Cute parts pack. On June 9, 2009, the Spore website was redesigned to prepare for a Galactic Adventure.

Spore: Galactic Adventures gained generally positive reviews according to Metacritic.com. It was praised for its adventure creator which was seen as complex yet easy to use.