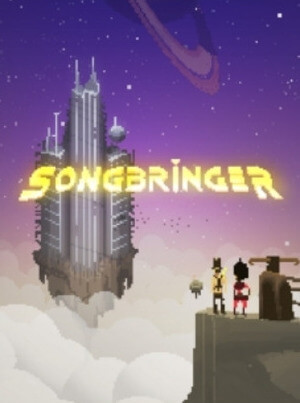 Songbringer is an action role-playing game played from a top-down perspective.

Songbringer was developed by Nathanael Weiss under the moniker of his one-man video game studio Wizard Fu Games. Nintendo's The Legend of Zelda series was a large influence for Weiss who aimed to create a procedurally generated Zelda game with Songbringer.

The game was crowdfunded through Kickstarter in 2015. The game was released for Linux, MacOS, Windows, and Xbox One on 1 September 2017, and PlayStation 4 on 5 September.

Songbringer received "mixed or average" reviews from professional critics according to review aggregator website Metacritic. It was nominated for "Role Playing Game" at The Independent Game Developers' Association Awards.