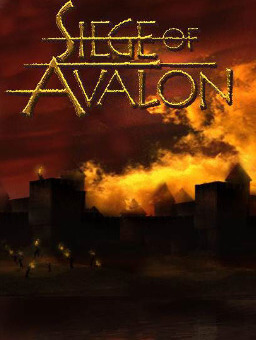 Siege of Avalon (SoA) is a fantasy action role-playing PC game developed by Digital Tome and published on July 19, 2000. The game follows the player's attempts to lift the siege of Avalon, a castle in the fictional land of Eurale.

Siege of Avalon was originally released as six individual "chapters." Each chapter expanded on the game's story, and included other new content. The game's first chapter was free for download, but the remaining five chapters had to be purchased. In 2001, Global Star Software released all six chapters of the game as "Siege of Avalon - Anthology". The anthology CD made minor changes to the game but was primarily identical to the downloadable chapters. The chapters are no longer available for download online.

There was initially a sequel to Siege of Avalon, titled Pillars of Avalon, planned, but Digital Tome went out of business prior to completing development of the second game.

In approximately 2003, Digital Tome granted permission for modification of the first chapter of Siege of Avalon. The intent was for the game to be developed to run on other platforms, have continued support available, and for the game to be distributed as open-source software under a Lesser General Public License (LGPL). As a result, the source code of the game was made available on Source Forge. In 2011 the project was moved to GitHub.

In 2014, Blackfly Studios announced that a digital re-release of Siege of Avalon was planned, but the developer went out of business prior to any release.

Siege of Avalon takes place in the fictional land of Eurale. Within Eurale are seven kingdoms: Nisos, Aratoy, Oriam, Fornax, Elythria, Cathea, and Taberland. The seven kingdoms united into an uneasy alliance and built a citadel as a meeting place, which was named Avalon.

Within the land is a race of nomads known as the Sha'ahoul. Their religion values the earth and nature and therefore they are against farming, the building of permanent structures, and similar practices which they feel destroys the earth. After discovering the existence of Eurale, they declared war on the seven kingdoms to eradicate their way of life. As the war progresses, displaced war refugees have taken shelter in Avalon and the seven kingdoms have sent military support to defend Avalon as the citadel is seen as the last hope at stopping the Sha'ahoul. The Sha'ahoul and their leader, Mithras, chose to overtake the citadel by setting up a siege around it.

The game begins with an entry in the hero's journal. The siege has been going on for several years and his brother Corvus serves as part of the military in Avalon. When their father dies, the hero feels that it is his obligation to inform Corvus of the sad news, so he becomes part of the crew of a ship sailing from Elythria to Avalon to deliver supplies. The Sha'ahoul sinks all of the ships except the one the hero is on and the ship reaches Avalon without most of its supplies. It is not possible to make a return voyage to Elythria and so the hero decides to stay at Avalon and help out Avalon in whatever manner he can. The player gains control at this point and begins by speaking to Corvus and informing him about his father's death. The players then helps the people of Avalon with many quests and tasks, eventually becoming a knight, ranger, or wizard of legends.