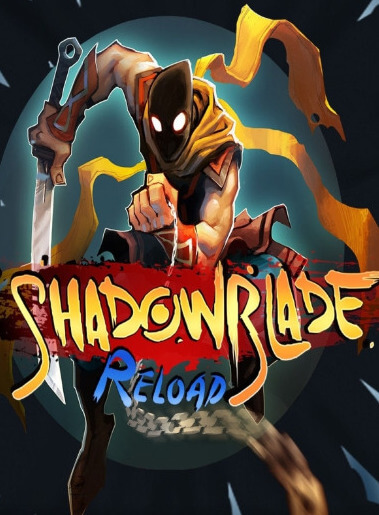 Shadow Blade: Reload is a fast-paced action platformer video game where you play as Kuro, the last remaining Ninja of his clan, guiding him through challenging levels, around countless traps, sneaking past enemies or right over their dead bodies. You have to be fast, be stealthy, be aware of your environment. You have to be a Ninja! This game has a simpler mobile version called Shadow Blade.

Shadow Blade is a fast-paced action platformer where speed, accuracy and brutality are equally important. The game includes a full story campaign where you will adventure in 7 chapters and follow a comic book style story and also a challenge mode where you can see how good of a ninja you are in the various challenge levels. There are three difficulties in campaign mode, Normal, Hardcore, and Master Class. The Hardcore levels of each chapter will be unlocked by finishing chapters in normal mode. the Master Class difficulty can be unlocked by finishing the game once in normal difficulty. Not only enemies, but the levels themselves change significantly in higher difficulties.

Challenge mode that challenge your skills in specially crafted levels for the masters and compare results with others.

The game consists of bite sized levels and rewards the player based on three factors: the total time to traverse the level from start to the end, the number of orbs collected across the level and the number of hidden objects found.

A young ninja, Kuro, well-trained by a great master of an ancient clan, finds himself facing invaders from rival clans encroaching on their guild. By order of his master, he escapes to protect his clan's relic from the invaders. On his return, he finds himself in the midst of a power play amongst clan masters and a secret kept for millennia. In the end, not only his fate, but the fate of the world rests on his actions.

The game is still under development and features and content are planned in future updates via Early Access. The full version will have more levels, complete story campaign, more integration with steam features like workshop, leaderboards, achievements and cloud and game modes and more polished overall. The game's first public release was Alpha 0.6.0 on July 21, 2014.

The game met with fair and mediocre reviews.