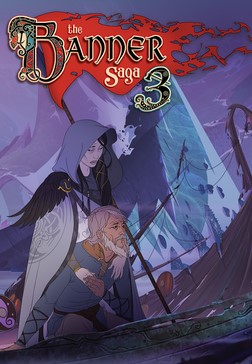 The Banner Saga 3 is a tactical role-playing video game featuring turn-based combat. The themes of the game are inspired by Viking culture.

The Banner Saga 3 was developed by Stoic, a studio founded by former BioWare employees. Following the release of 2016's The Banner Saga 2, Stoic expressed interest in creating a third instalment, noting that the fictional universe they created had plenty more storytelling opportunities. Speaking at the 2016 NASSCOM Game Developer Conference, Stoic co-founder John Watson, re-iterated their intention to complete The Banner Saga trilogy of games. He estimated the budget required would be $2M, and said that they had considered external funding.

In January 2017, The Banner Saga 3 was announced with the launch of a crowdfunding campaign on Kickstarter. The goal of $200,000 was achieved in less than a week, and the campaign concluded in March with $416,986 raised towards the game's development. While the majority of the funding would still come from Stoic themselves, Watson said that the Kickstarter campaign would also create a community of enthusiastic testers.

The game was published by Versus Evil and was released on Windows and macOS.