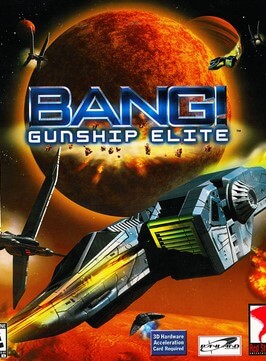 Bang! Gunship Elite is a space combat simulator developed by French studio RayLand was released for Dreamcast and Windows. It allows the player to fly a combat spacecraft in a fully 3D environment and fight enemies piloting similar craft to their own.

The excitement begins when one accepts the controls behind a futuristic space fighter. The war has taken a turn for the worse and fighter pilots are few and scarce in the Twin Suns solar system. The Kha reserves have been drained, and the Alliance has nowhere to turn except to a rookie who must prematurely aid them in the war effort. Players will join this Gunship Elite in order to save the Alliance's crusade and ultimately defeat the Sektar and the bloodthirsty Morgoths. The missions will be complex and next to impossible given the circumstances. Pilots will have to fly solo, kamikaze style, without any tactical support in order to accomplish their mission.