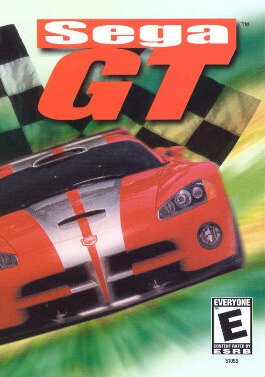 Sega GT, released in Japan as Sega GT: Homologation Special (セガGT ホモロゲーションスペシャル Sega Jī Tī Homorogēshon Supesharu), is a sim racing video game co-developed by Wow Entertainment and TOSE, and published by Sega for their Dreamcast home console. The game was released in 2000. A Microsoft Windows version was published the following year—in Japan and North America by Sega, and in Europe by Empire Interactive.

Sega GT was intended by Sega to rival Sony's popular Gran Turismo racing series, which was driving the strong sales of the PlayStation console and raising interest in the Dreamcast's closest competitor, the yet-unreleased PlayStation 2. While Sega GT was met with positive reception, sales were only modest, and the Dreamcast was given little traction against its competition. Despite this, Sega would continue the series on the Xbox with a sequel titled, Sega GT 2002 following the demise of the Dreamcast console.

In Sega GT's Championship Mode, the player competes in various races across 22 different tracks in an effort to gain licenses and win cups. Collected prize money can be used to buy additional cars and mechanical parts. The game also features a car creation mode where players can build a custom vehicle from scratch using acquired parts, or can modify any of their existing vehicles.

The game features over 130 selectable cars from manufacturers such as Dodge, Ford, Toyota, and Mitsubishi, with the handling of each being based on the specifications of its real-life counterpart. The European version of Sega GT would include additional cars from Alfa Romeo, Fiat, Mercedes-Benz, Audi, and others.

The Dreamcast version of Sega GT received "favorable" reviews according to the review aggregation website Metacritic. Critics praised said console version's generous content and customization options, but found that the controls could sometimes be difficult. In Japan, Famitsu gave said console version a score of 33 out of 40.