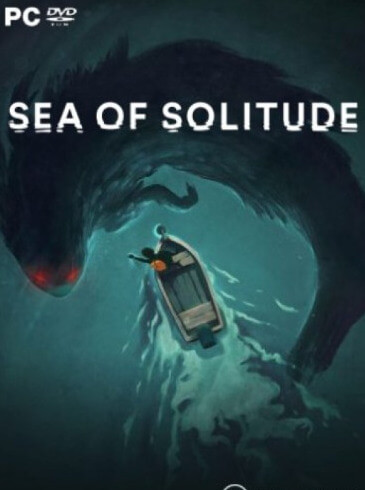 Sea of Solitude is an adventure video game developed by German studio Jo-Mei Games and published by Electronic Arts. The player controls a young woman named Kay as she explores an abandoned, submerged city and its scaly red-eyed creatures in order to reveal why Kay herself has turned into a monster. The quarrels between her parents, the emotional isolation of a friend and the terrible experiences of her brother being bullied are presented on a metaphorical level - the experiences hunt her as enormous monsters she now has to face, representing feelings like loneliness, depression, as well as fear and loss of attachment. The city is based on Berlin. The developers announced the game online in February 2015. Its creative director, Cornelia Geppert, described the project as her most personal and artistic, in how it led her to probe her own fears and emotions following a 2013 breakup.

In March 2019, The New York Times highlighted the game as part of a growing trend in the video game industry towards tackling mental health issues. Sea of Solitude is not meant to be fun, its focus is on letting players experience what it feels like to be affected by depression and a troubling past. Gamers are put in the midst of the conflict, with a call to not only feel the effects but also to influence and change the actions.

Electronic Arts published the game under its indie game program EA Originals. The game's release was postponed from spring to summer of 2019 before having a set release date of July 5, 2019.

Sea of Solitude received "mixed or average reviews", according to review aggregator Metacritic.

Destructoid wrote that "Sea of Solitude stands out as heartfelt, almost painfully sincere, so much so that I hesitated to actually put a score on this review at all. It felt almost crass to do so, like being allowed to read a relative's diary, only to give it a thumbs-up or -down." Game Informer said that "Sea of Solitude provides an insightful look at how mental health devastates the lives of not just those it affects, but also loved ones on the outside. Kay learns a lot about herself by understanding the value of listening, coming to term with her flaws, and not just empathizing with family but also accepting that a simple fix isn’t always possible."

Other reviews were more mixed. IGN summarised the game by saying that "Sea of Solitude gives you a beautiful world and an intriguing story but the gameplay fails to evolve enough to make this a compelling adventure", while Game Revolution wrote "In essence, it’s a boat that looks nice from the outside until you jump inside and notice all the holes actively trying to sink the whole thing."

The game was nominated for "Games for Impact" at The Game Awards 2019.